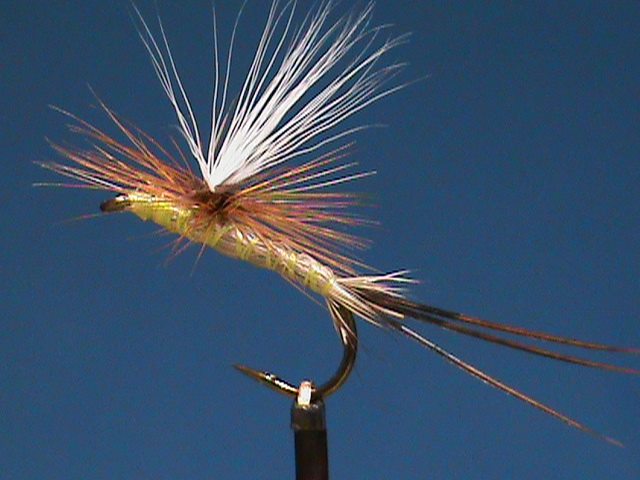 Jim Misiura shares the story of how he created one of the largest fly tying channels on YouTube. We discover some fly tying 101 and tips on fishing Pennsylvania streams. We also get money-saving fly tying tips including this one on dumpster diving which is pretty good.

We dig into his fly tying and teaching channel and the difference between guiding and instructing. We get into some details on what he has done in the past and just all around how he built his platform. I’ve learned a lot from Jim over the years so I’m excited to share this one with you.

Click below and listen to the Fly Tying 101 Podcast with Jim Misiura: 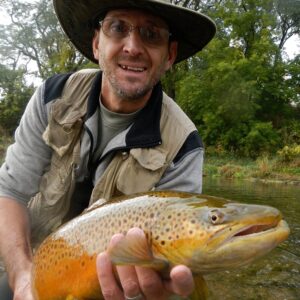 00:05:45 – He shares how he grew his YouTube channel @TheFlyManJim. He also tells the story of when he met a 12-year-old kid in the Sowbug Roundup in Arkansas. He learned fly tying from his videos.

00:10:17 – We dig into his content and how he chooses what fly he’s going to tie next for his videos. He also mentions some other big channels when he started in 2010.

00:14:07 – He talks about that time when he stopped fly tying and his plans for his channel. He also shares the story of how he became good friends with the late Charles Meck, author of the book Pennsylvania Trout Streams and Their Hatches.

00:18:28 – We talk a bit about Joe Humphreys and our episode with Joe Jackson. He also mentions the late Jack Gartside who is a big influence on the flies he ties.

00:23:06 – He gives money-saving tips for those who want to get started on fly tying. He recommends his videos on selecting a quality hackle and making sense of hooks.

00:26:02 – He talks about dumpster diving for materials he uses for fly tying and from whom he learned it. He recommends his video on beginner fly tying materials wherein he explains how and where to get materials.

00:27:31 – We talk about the Gartside Gurgler and how Jack Gartside came up with it through dumpster diving.

00:28:35 – He delves into his money-saving tip of finding materials around that can be used for fly tying.

00:30:53 – We talk about his video on making a bobbin holder and other of his homemade tools like the bobbin threaders.

00:35:40 – He shares how Poul Jorgensen’s VHS videos helped him when he began to take an interest in fly tying.

00:36:35 – He recommends Gary Borger’s video with Scientific Anglers and Anatomy of a Trout Stream by Rick Hafele for those who want to learn fly fishing. We had Gary on episode 45 and Rick on episode 37.

00:38:36 – He tells more about his home water in Pennsylvania which is the Lackawanna River and why he loves fishing there.

00:40:10 – He mentions A&G Outfitters, a fly shop near the Lackawanna River. He also serves as a fly fishing instructor in the area. He clarifies the difference between a guide and an instructor.

00:45:04 – He shares how he builds his own fly rods to save money on fly fishing. He buys a blank from Hook and Hackle. He also takes to that time when he built his very first rod, which he still uses, in the late ’80s 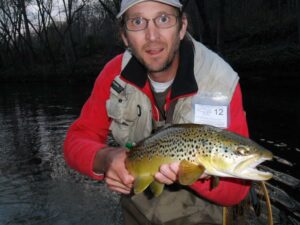 That was Jim Misiura giving us tips on fly tying, fly fishing, and how to save money on gears and materials.

I hope you learned so much from this episode and inspired you to be resourceful and creative on making the best of what you have or find.

Would you try dumpster diving? 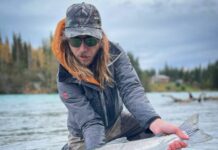 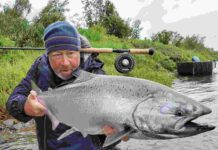 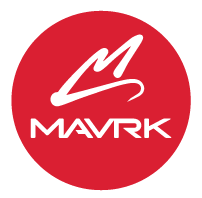 How to Tie a Size #20 Serrendipity Fly Pattern

Fly Fishing Tip of the Day – The Shock Loop