Home Guest Posts Fly Fishing for Trout in the UK 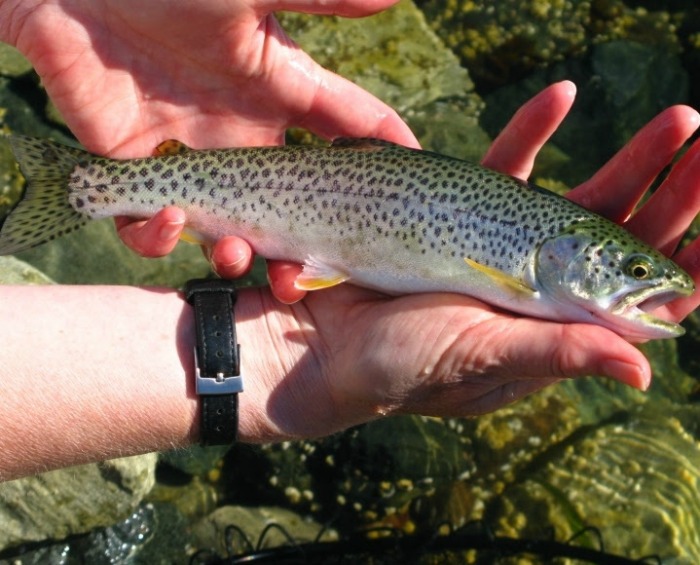 Trout is a name for a number of freshwater species belonging to the Salmonidae family, including salmon,trout, chars, freshwater whitefishes, and grayling. This includes Sea Trout . The main species of Trout in the UK are Brown Trout.  Fly fishing for trout is a little different in the UK, as Andy from Riverangler.co.uk explains below.

Brown Trout [Salmo trutta ] are a native species to the British Isles, Sea Trout and Brown Trout are the same species.  It is thought that it is a combination of genetics and environmental factors such as lack of food that make some sea trout go to sea before returning to spawn, This is known as an anadromous lifestyle.

The Sea Trout in the British Isles have many regional names Sewin in [Wales] Finnock in [Scotland] peal in [the West Country] Mort in North West England and White Trout in Ireland.

Different species of Trout are capable of spawning together and producing offspring but Trout have remained distinct for thousands of years because they have a different life approach such as the fishes choice of spawning locations and / or the timing or differing openings within the food chain.

Another species that is popular within the UK is the Rainbow Trout [oncorhynchus mykiss] The Rainbow Trout is a salmonid and is native to the tributaries of the Pacific Ocean and in North America the rainbow or Steelhead as it is known is a very popular sport fish. The Steelhead is a sea run fish [anadromous] and returns to freshwater to spawn just like the UK’s Sea Trout.

The Steelhead usually returns to frashwater after 2 or 3 years at sea.   Several other fish in the Salmonid family are called trout and some are anadromous like salmon whereas others are resident in freshwater only.

Ferox trout are a fantastic example of the genetic diversity that exists within wild brown trout. Since the term ferox was first coined in 1835 by the renowned angler scientist Sir William Jardine, various authors have attempted to define what exactly a ferox is, for example:

Ferox trout are found throughout the brown trout’s native range, wherever there are large glacial lakes. In Britain they are found mainly in Scotland and Ireland but there are also thought to be populations in some Welsh lakes and in the English Lake District. In Campbell’s (1979) study, ferox were mainly found in lochs of over 100 ha with Arctic charr present, however ferox do occasionally occur in smaller lochs such as the 20ha Loch Bhrotain, in Inverness.

There are around 340 separate populations in the British Isles and they are often described as ‘remnants of the ice age’ perhaps because of their association with the Arctic and the fact that they (along with other species including trout and grayling) populated our waters soon after the glaciers retreated around 12,000 years ago. They arrived as sea-run char, and then subsequently lost their sea migratory tendencies; becoming freshwater resident populations, occupying mainly the deep lakes of
Scotland, Ireland, North Wales and the Lake District. Click here for a stunning Arctic Char video char

The most popular way to fish for Trout in the UK is with the Fly indeed most clubs specifically insist fly only, fishing lures and worm are also used especially where the fishing is predominantly for coarse fish, Some clubs insist on a dry fly only rule, this goes back to the time when famous anglers fished the southern chalk streams of England like the River Itchen and the River Test, anglers like Frederick M Halford was a business man who retired to fish he wrote books on dry fly fishing and historically is the man that made dry fly fishing into an art and wet fly fishing was looked down on and even to this day it remains the same on many rivers in this country.[Halford] he wrote Floating Flies and How To Dress Them and many more were penned.

The Itchen is regarded as one of England’s finest chalk stream Trout rivers along with the River Test , famous angling writers fished the Itchen like G E M Skues who was probably the inventor of modern day nymph fishing and wrote numerous books on fly fishing his first book Minor Tactics of the Chalk Stream was his effort towards restoring wet fly fishing back to its rightful place on the chalk streams of England.[Skues]

Sir Edward Grey was a prominent statesman in British politics in the early 1900s and is the man who sent Briton into the First World war [grey] he wrote books based on the Itchen ,Cottage Book Itchen Abbas 1894-1905 and Fly Fishing.

The Dry fly fishing in the UK is more of a keeping with Tradition with some angling clubs and remains a great way to catch a Trout although wet fly fishing is as popular as ever and Nymph fishing is as diverse as the fly fishing with a huge variation of size shapes and colors .

Fly tying is nearly as popular in the UK as fly fishing. with hundreds of fly patterns and variations

View the videos below to get an idea of fly fishing for trout in the UK.

Thanks to the wild trout trust http://www.wildtrout.org/

If you have a moment, take a look at the videos above to get a feel for how to go fly fishing for trout in the UK.  I wanted to thank Andy from Riverangler.co.uk for providing this guest post today.  There was a ton of great information here today.  Reach out to Andy@riverangler.co.uk for any questions that still remain. 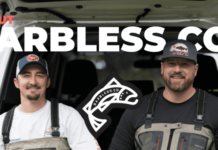 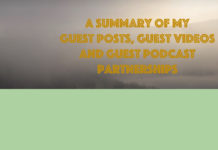 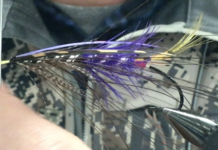